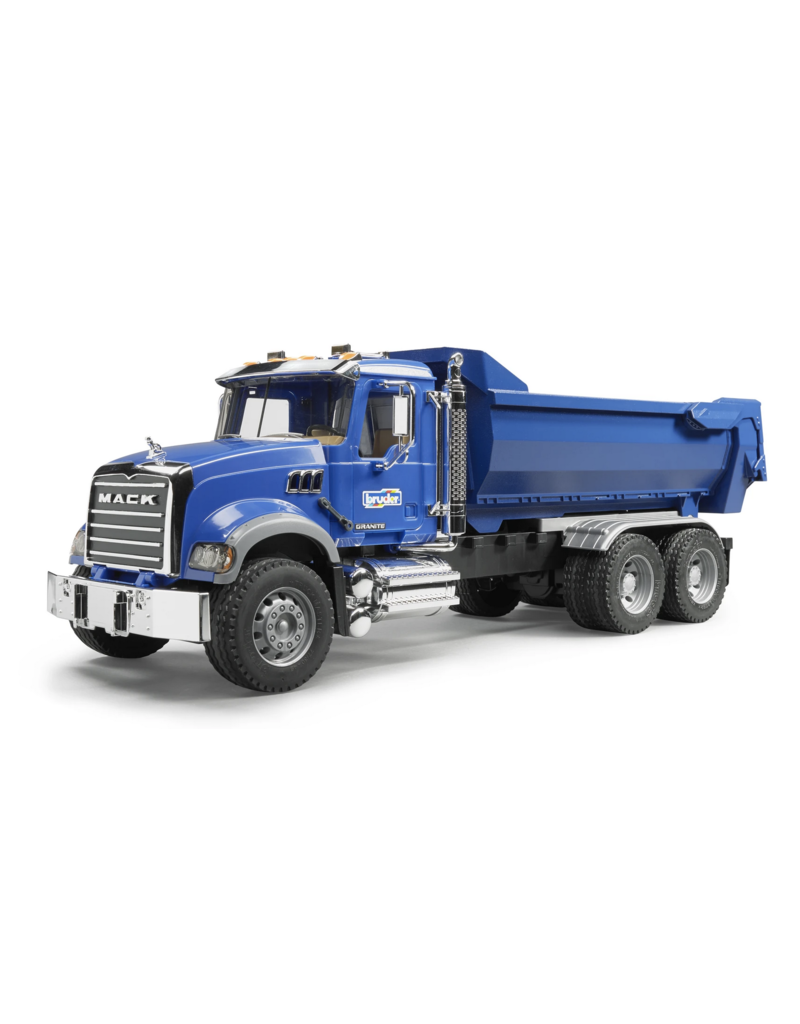 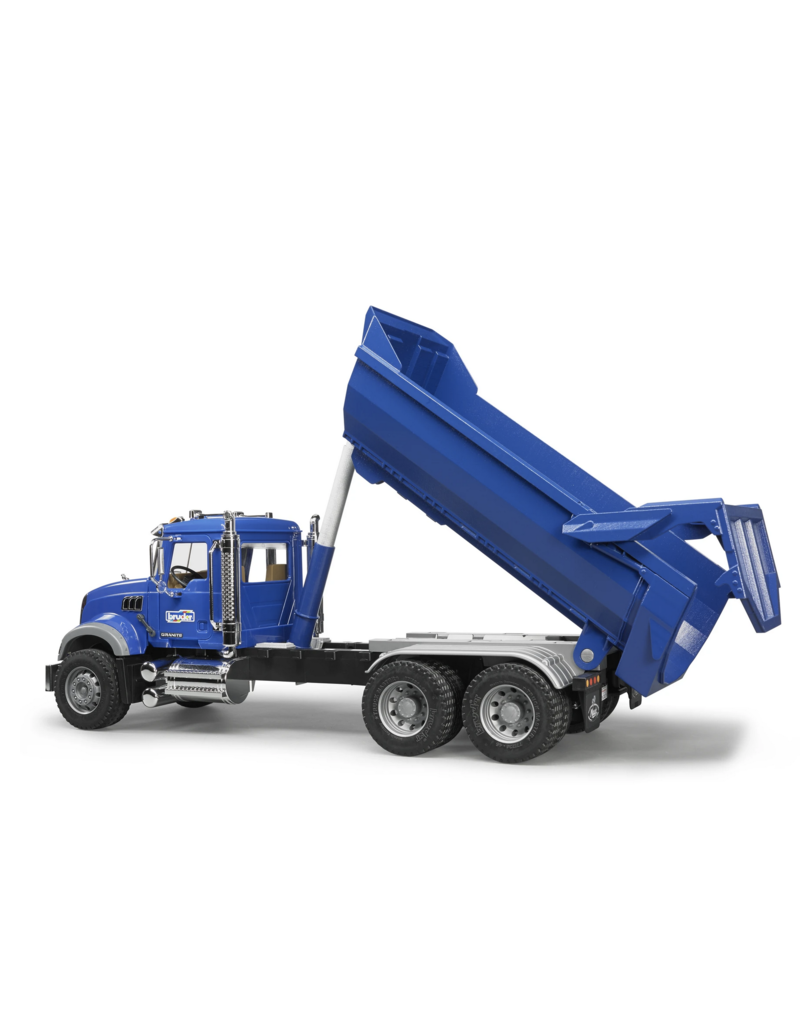 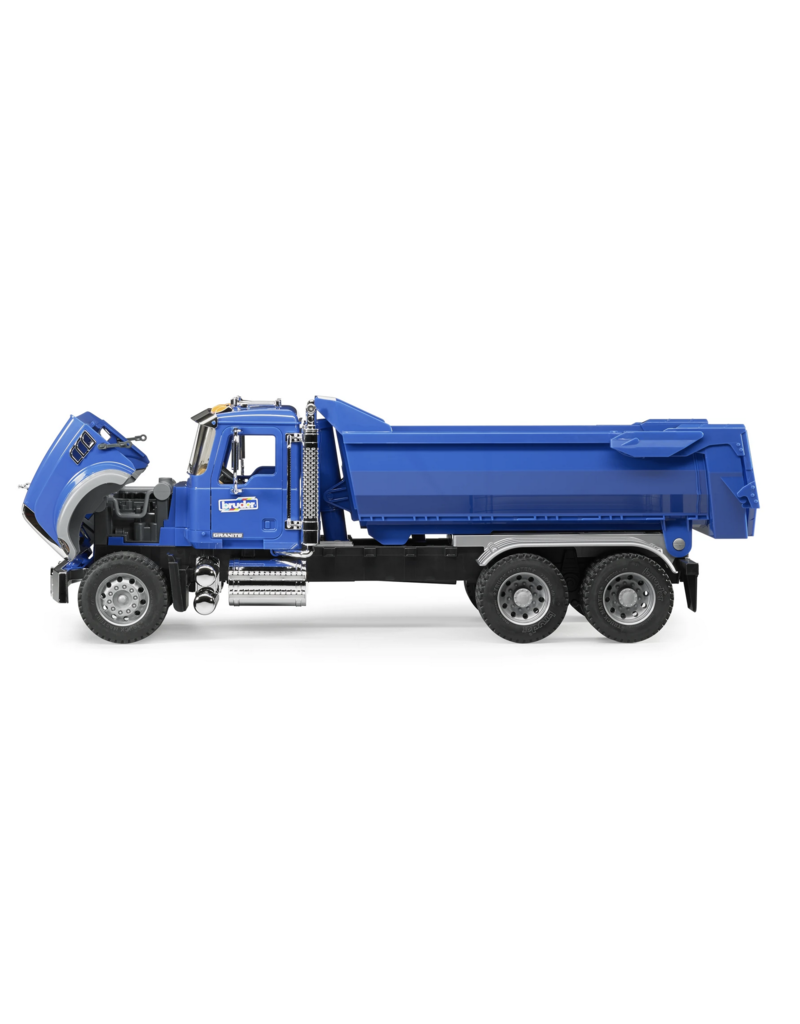 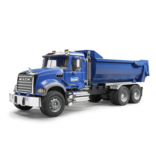 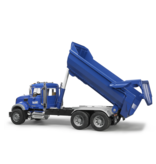 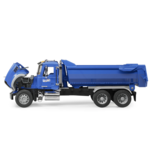 The MACK Granite Halfpipe Tip-Up Lorry is a particularly attractive combination of a large halfpipe tipping trough and a partially chrome-adorned driver's cab. Apart from the opening doors, the driver's cab sets itself apart by numerous details that include an opening engine bonnet and foldable wing mirrors, while the large tipping trough combines exceptional ease of operation with stunning looks. The special halfpipe shape ensures that the loaded freight will automatically be positioned in the center, which is of great benefit while driving and makes unloading as easy as can be. The 3-step extendable cylinder of the tipping trough and the tailgate can be locked at different levels to allow for as many play situations as possible.